Well this past weekend was spent re-energizing my riding batteries. A lot of time spent on the bike, in a non-competitive, non-race situation. Granted I still pushed myself while tooling around, but in a way that just puts a big ol smile on my face. Me & 2 other riding friends loaded up the toy-hauler and drove due North to the great y00per (The Upper Peninsula of Michigan). The plan was to ride some fun 2-track loops based around our camp & if we were up for it, hit up some of the local singletrack. Some\most of the pics courtesy JZEE

We were all having a blast out there. Essentially all of the 300ish miles we rode, we didn’t pass a single other dirtbike\4×4\ATV\UTV\ORV\Car\Truck\Bus\Logging operation. It was just some good pure fun. I realized immediately I shoulda re-geared my Husky. The OEM 13/48 gearing left a lot to be desired in the speed department. On these same trails on my 450, I could cruise 10-15mph faster and not feel like I was revving the snot out of the bike. My fault for not gearing up for the ride properly. Not the end of the world, but in some of the more open riding (and sandy areas), I really like to open the bikes up, and being topped out around 65-70mph, just wasn’t enough.

On the 2nd day of riding, just after a rockier section….followed by a high speed whoop section, I was flagged down, with John & Joe pointing at the rear of my bike. I thought I had some deadly animal attacking me, but soon found the problem.

A rock (presumably) shot up a hole through the center of the rear fender, and the following whoop section sealed the deal and that rear fender was toast. No biggy. First some duct tape, which was the replaced by just looping the thing onto my Nomad Rider pack. Initial repairs took place at the local Ace Hardware:

After that, we continued riding, and remembered part way through the 2nd day that the loop we were on, was one of our least favorite. It had a few road sections & way too much gravel road for our liking. It wasn’t much, but more than we’d care for. There were a couple more spirited sections, but nothing overwhelming. It’d be a better loop if you’re worn out on harder riding & just looking to have a more relaxing final day of riding. When we got back, Joe had the look of “I need some singletrack”, so we tossed our gear back on, filled up the camelbak & around 6:30pm rolled out to go hit up the Bass Lake singletrack loop (videos earlier in thread).

I started out on the Husky and Joe on the XR. I figured I’d offer up the Husky to him, since he’s more used to a 250 2T. He gladly swapped, and I gotta say I was quite happy to really ride the bike on some more aggressive trails. What a blast. That bike was so much fun. I was able to maintain a 15-20mph speed on the loop without trying too hard and was just having a blast while doing it. The only downer with the bike was the rear drum brake. I may have overshot a few turns and ended up in the weeds, but what a blast. I’m really loving that little bike.

Day 3 was our last, and unfortunately cut short. Before we rolled out, I pulled the Rekluse autoclutch from the bike. I didn’t miss it on the XR the day before and figured it’d be a good chance to really test the bike out without it in there. Things started out really well, but unfortunately about 20 miles into the loop, I came down from a roller, and noticed when I got on the gas, that it felt like the rear wheel was spinning. Odd, but it seemed to grab again, so I figured it popped out of gear. Again, another roller and this time it felt out of gear for good. I pulled the clutch cover and immediately saw the problem. My primary gear (on the crank), the nut had backed off and was somewhere in the engine.

I tore things down mid trail and found that the nut thankfully fell in an area where it caused NO damage, but then found that the keyway on the crank\primary gear had sheered itself. I also destroyed my clutch cover gasket in the process of all this, but knew at this point, I wasn’t riding that bike under it’s own power back to camp:

With that we figured the weekend was done. We just had to get back to camp. Luckily we were only a couple miles from a paved road, and luckily I had a tow strap in my kit, so we were off…….and with that I have the pic of shame:

Stuff happens, I’m just glad nothing more went wrong. A 2$ keyway, and 10$ in gaskets and the husky will be back in action for another day. I learned a lot though on the trip. For one, I immediately listed my Rekluse for sale. I just don’t need it. Shane Watts was spot on with his assessment on how it affects the bike. I just had to see\feel it for myself. I found I also learned to ride wheelies on the WR really well. Apparently all the tooling around on the XR translated over, as I can now click through all 5 gears and just rest at the balance point for as long as I want.

I also feel I need to do some work to my suspension. Higher speed stuff, the Husky is pretty good. Low speed stuff, the XR feels so confidence inspiring, and feels like you’re riding on pillows. Low speed the WR feels like it’s being jarred like mad. High speed on the XR…..well you just don’t. lol I’m really looking forward to my next race, whenever it may be. I’m just gonna go have fun with it. I found while riding the singletrack loop, that yes I could push myself super fast right off the bat, but I lose energy too quickly, and overshoot things. If I tone it back to 80-90%, I overall end up much faster. Heck, we rode the loop in 1:35. Not bad at all, considering the last time I rode it, I finished in 1:45.

Finally a ride on the new scoot 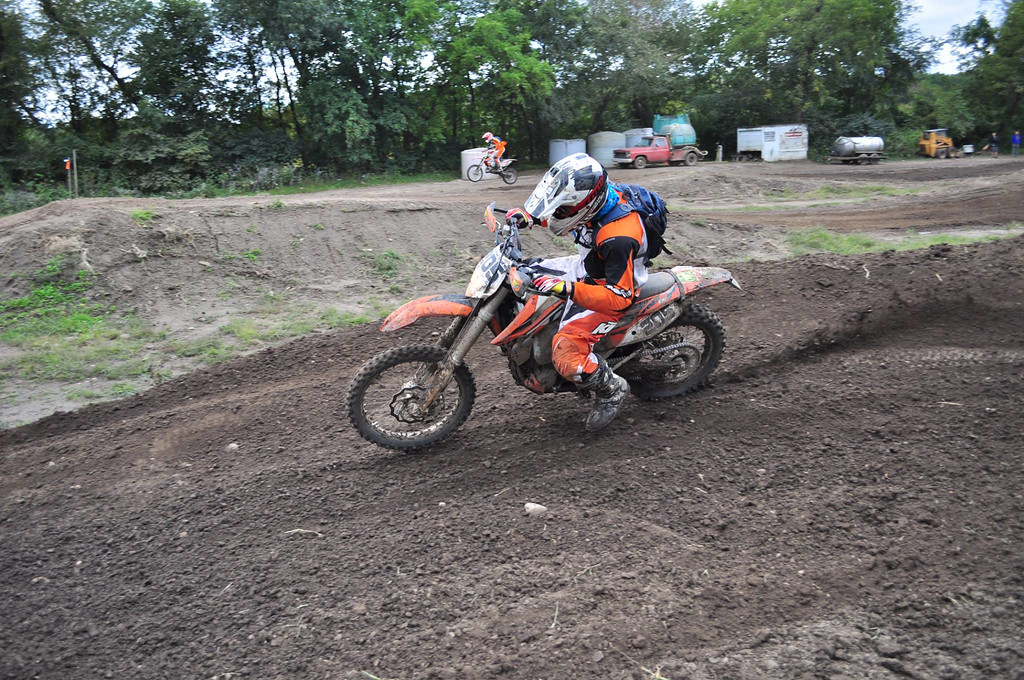 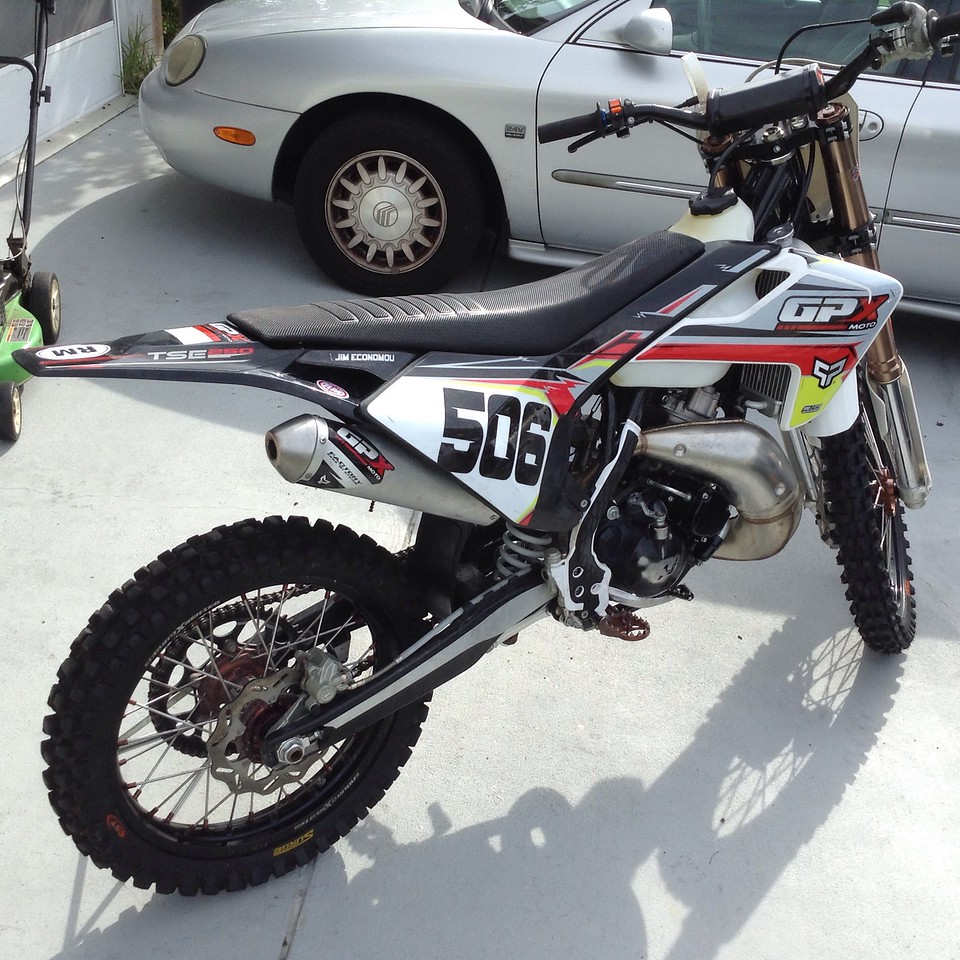